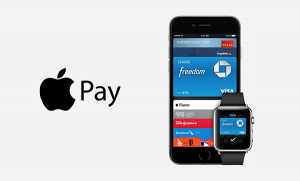 “Apple Pay will be available to eligible American Express customers in Australia in Canada this year and is expected to expand to Spain, Singapore and Hong Kong in 2016.” Apple’s CEO Tim Cook said in the presentation.

American Express issued cards or cards from one of their subsidiaries will be able to be used with the service.

Apple Pay uses Near Field Communication to provide users with an “easy, secure and private way to pay” says Cook, and is available on a range of iOS compatible devices including Apple Watch, the iPhone 6 and a number of iPad models.

Use of the new payment service has been on the rise since it’s introduction to the US last year (available for use with Visa, Mastercard and American Express) and the UK earlier this year and is “seeing double digit growth in transaction month after month” Cook says.

As well as expanding into new countries in 2016 Apple Pay will also be used in conjunction with Starbucks picking up the Apple Pay support for use within all their stores in the US. Tim Cook says that more retailers are to follow in the next few weeks and that Apple Pay support will be available for merchant rewards programs soon too.

Luca Maestri,  Senior Vice President and CFO of Apple, said that “Our growth was driven by the tremendous performance of iPhone, the expanded availability of Apple Watch and all time high services revenue and Mac Store sales.”