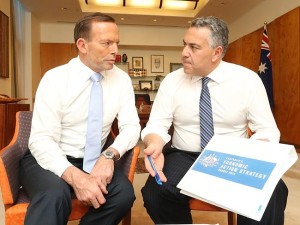 As we flick through the newspapers this morning while drinking our morning coffees, the harsh realities of the Federal Budget 2014 sink in, leaving an unsettling feeling in our stomachs.

Last night Treasurer Joe Hockey confirmed our fears of increased fuel prices, the introduction of Bulk Billing fees, higher fees for Uni students & the debt levy for high income earners, among many other budget cuts aimed at getting us back into the black.

Boost for Mobile Black Spots programme- The government pledged $100m over 4 years toward the improvement of mobile coverage in regional Australia. The program will see mobile towers piggybacking off towers used for the NBN fixed wireless network and will see the addition or upgrade of 250-300 towers, improving mobile coverage along major transport routes and rural communities.

NBN rollout will be privately funded from mid 2018 – Malcolm Turnbull announced that as part of the Federal Budget the government will cease contributions to NBN Co after the 2017-18 financial year. The government will contribute up ti the $29.5b funding cap and the private sector will foot the bill for the NBN rollout thereafter. Turnbull stated that this move will ensure the National Broadband Network is delivered 4 years faster and save $32b in funding costs.

$50m allocated to CCTV cameras for Safer Streets Programme – This program is aimed at reducing crime and anti-social behaviour around retail, commercial and entertainment precincts. 150 CCTV locations have been chosen, which is a significant boost on the current camera network.