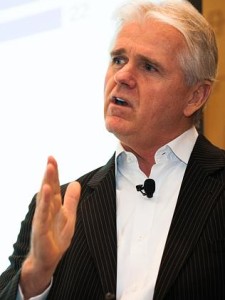 Experienced communications executive & current CEO of Vodafone Hutchison Australia (VHA) has been put in charge of leading the National Broadband Network through its next stages in development. Mr Morrow is set to take on his new role for NBN Co early 2014 and will be based in Sydney.

Bill Morrow’s appointment comes as the Strategic Review of the NBN is set to be presented to the Government today outlining a faster and cheaper model for the rollout of the National Broadband Network.

NBN Co Executive Chairman, Dr Ziggy Switkowski, announced Morrow’s appointment saying “I am delighted that a senior business leader of the calibre of Bill Morrow has agreed to accept the challenge of delivering the long-promised upgrade to Australia’s broadband infrastructure. … He possesses the right mix of talent, experience and deep knowledge of the telecommunications industry to ensure NBN Co can get the job done.”