The National Broadband Network is set to come with significantly lower speed guarantees than first expected under the updated MTM (Muli Technology Mix) rollout method, which is primarily focused on FTTN (Fibre To The Node). 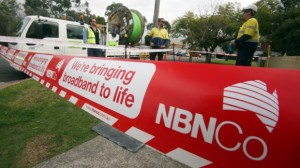 NBN Co will offer the same speed tiers on the new MTM model as originally planned under the FTTP (Fibre To The Premises) method, however the speed guaranteed via this delivery method has been substantially reduced to 25Mbps/1Mbps. This is similar to the maximum speed available on the current ADSL2+ network under ideal conditions.

Under these reviewed speed guarantees, users on the maximum 100Mbps/40Mbps NBN speed plan may receive speeds significantly slower than expected. Its reported NBN Co will allow users to order the higher speed plans though will not take responsibility for individual line speeds and that plan selection will be left down to users and providers.