A press release put out by the NBN on the 24th of August claims that they are on target and have met their FY2015 targets for the rollout of NBN internet in Australia. 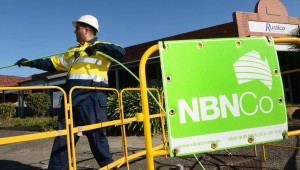 In the twelve months leading up to the 30th of June 2015 they have doubled the number of serviceable premises and the number of active end users as well as more than doubling telecommunications revenue.

“nbn has not only met its targets; it has exceeded them. The achievements of the past 12 months – including the recent regulatory approval of the Telstra agreement and the draft approval of the Optus deal – give us confidence that we can continue to accelerate the build. This will help us to meet our goal of ensuring that every home and business in Australia can receive fast broadband internet by 2020 so we can spur the digital economy and close the digital divide.”

“These achievements come as a direct result of refinements we have made to the organisation, including improved business processes, the resetting of relations with our delivery partners and increasing employee morale.”

But the jury is still out on how the NBN is being handled with a recent $15 billion cost blowout which could make NBN internet more expensive for consumers being reported.

Talks of companies like Woolworths and Australia Post being able to sell internet access alongside existing suppliers may alleviate this cost although it has angered some service providers who have locked in their NBN investments with the expectation that the market structure they agreed to was the final one.

Although Bill Morrow has said that they are working on making sure that the NBN service provision is not monopolised by a few big companies.

“We are thinking that through and thinking about what kind of product we can create that makes it easy for new entrants to come in, and we don’t let the market get owned by two or three big players,” he said at a business event in June

“We’ve got to make sure that we keep a low barrier to entry to ensure there is lots of retail competition and you don’t want the POI (points of interconnect) issue to be that barrier to entry,” he said. “There’s a lot of different solutions that we’re opening up and talking about and it’s still early days.”

“We’ll have a consultative period when we come up with the two or three ideas that we’ll be pursuing. There’s a solution out there I’m sure will be acceptable by most all.”