The new HTC flagship mobile handset, the HTC One M9, is only a few weeks away and is said to be launched with HTC’s first smartwatch.

With Samsung’s grip over the Android market slipping away, HTC is going for broke with the One M9. 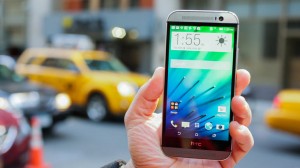 We are yet to see if HTC will by dumping the ultrapixel concept on future handset releases, but it looks that way at this stage.

The reports suggest that the new HTC One M9 will be aesthetically similar to the current M8 with a choice of gold, silver or grey colours. It’s what is on the inside that HTC are excited about- an octa-core Qualcomm Snapdragon 810 processor will power the device, with the new iteration of HTC’s Sense interface taking care of the M9’s functionality.

HTC is set to take the plunge into the wearable technology market with the long-awaited HTC smartwatch, after the interesting Re camera has sparked talks of a consumer shift away from smartphones.

An spokesperson for HTC has advised they will not comment on rumour or speculation about the new One M9 device though stay tuned for the first of March when HTC holds its press conference at the 2015 Mobile World Congress.
The MWC is the annual trade show for all mobile technology such as phones, tablets, wearables and other gadgets. It will be held in Barcelona, Spain from the 2nd to the 5th of March, with the big press conferences and announcements in the days before.

We will keep you posted on what HTC unveils.