Samsung has followed on from the huge success of its Galaxy S range with the new Samsung Galaxy S4. 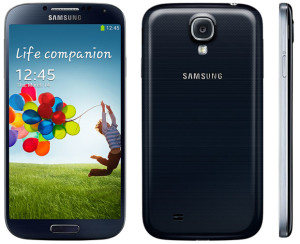 At first glance the new S4 looks quite similar to the previous S3, though the S4 is a class ahead in every aspect.From front on the S4 is virtually the same shape as its predecessor, though its screen size is slightly bigger and sports a higher resolution. Dubbed the “Life Companion” by Samsung, the Galaxy S4’s battery will get you further, has a more powerful processor, double the RAM, a much better camera and will be sporting the new Android 4.2.2 Jelly Bean operating system. With all these improvements over the S3, Samsung has still managed the shave off a few grams and slim down the new Galaxy S4.

Samsung’s team have gone to town on this year’s flagship model and will surely turn up the heat on their competition when the Galaxy S4 is released. The Galaxy S4 is expected to hit our shores later this month.